From the Northern Kentucky Tribune:

There’s talk of hiking Kentucky’s gasoline tax and the head of transportation in the Commonwealth says he’s all for it.

Greg Thomas, secretary of the Kentucky Transportation Cabinet, told Kenton County leaders Tuesday that the state tax on gas needs to go up in order to keep up with the maintenance of tens of thousands of miles of roads around Kentucky. 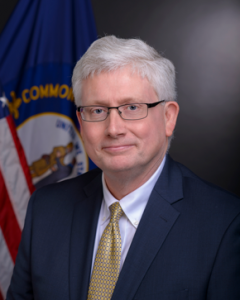 “It’s a dire need,” he told the Kenton County Fiscal Court. “There is some momentum and we stand ready to support it.”

Gov. Matt Bevin has publicly raised the issue of more funding for roads and bridges in Kentucky.

Kentucky’s funding for infrastructure and road projects comes from two main sources, the federal government’s highway trust fund and an excise tax on fuel in the state.

The state tax has been linked to the cost of gasoline, which has been low, so state legislators put a floor on the tax, which is now 26 cents a gallon.

Thomas said road funding has dropped $150 million in recent years as the revenue from the tax has fallen. That’s also due to the use of more fuel-efficient cars and the use of alternative fuels and hybrids.

He said every penny increase in the state tax raises an additional $30 million for road projects, which the state splits with the counties.

Thomas said $8 billion worth of unfunded road projects are waiting to be started.

The fiscal court took no action on the issue – it’s up to the state legislature – but it received support from Commissioner Jon Draud.

Gas prices at the pump have been generally falling since October, getting to the $2 range and only recently ticking back up, according to Gasbuddy.com.

Thomas was at the fiscal court meeting as part of a statewide tour of counties. He was appointed by

Bevin in April 2016 after 33 years as an executive in the electric and natural gas industry.

He said the priority of the Transportation Cabinet is “jobs, jobs, jobs.”

Proposed road projects that can be shown to directly increase jobs, retain jobs or are critical infrastructure needs that are not yet funded will receive priority in the state’s road plan, he said.

He also said the Cabinet wants to improve more than a thousand bridges over the next four years as part of its Bridging Kentucky plan. These are typically small bridges with weight limits or ones that have been closed.